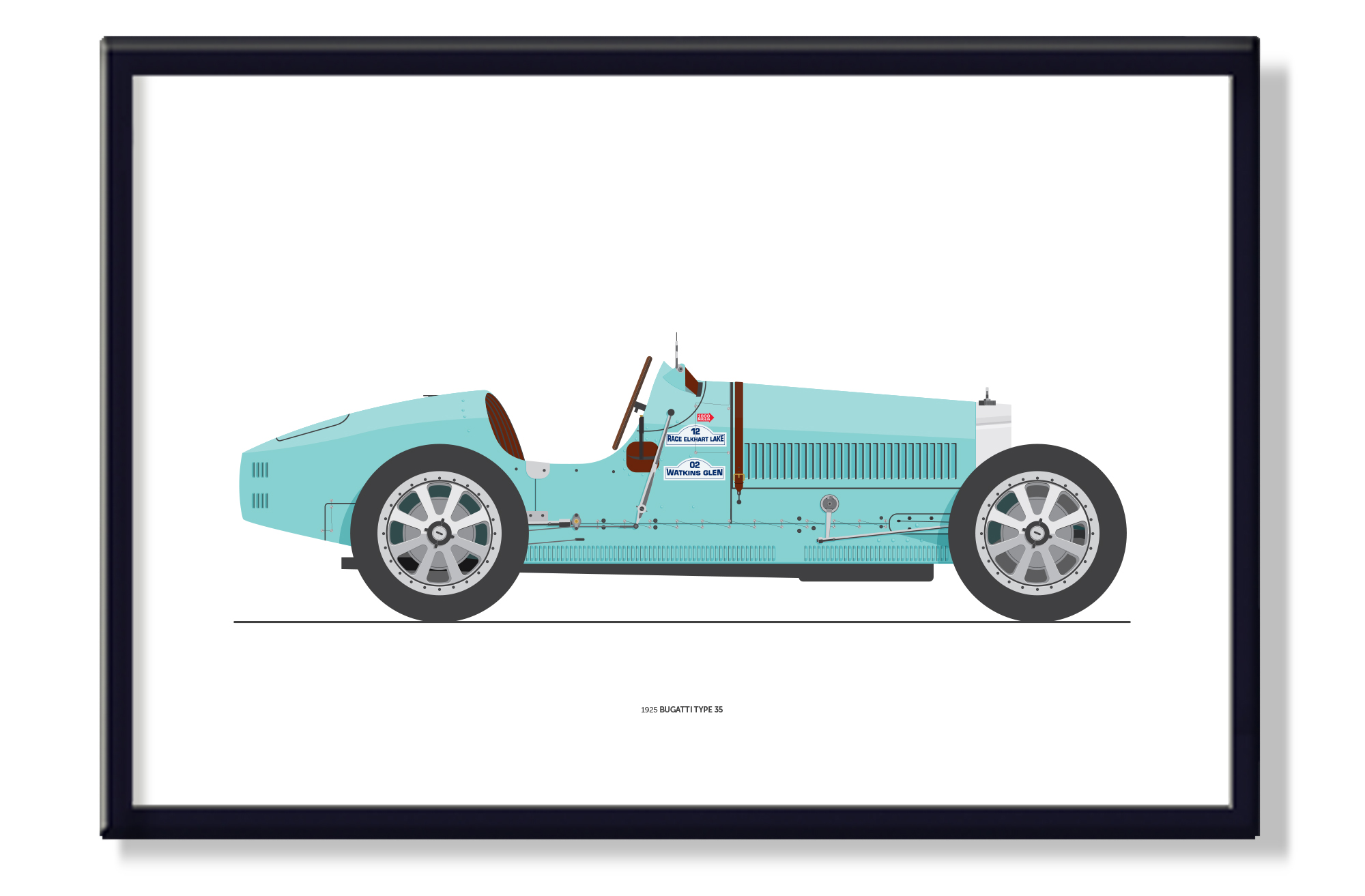 The Type 35 was the car that made Bugatti famous and is arguably one of the most beautiful racing cars ever built. It was phenomenally successful, winning over 1,000 races in its time. It took the Grand Prix World Championship in 1926 after winning 351 races and setting 47 records in the two prior years. At its height, Type 35s averaged 14 race wins per week. Bugatti won the Targa Florio for five consecutive years, from 1925 through 1929. This illustration is based on the car Nathanael Greene raced through the mid 1920’s.