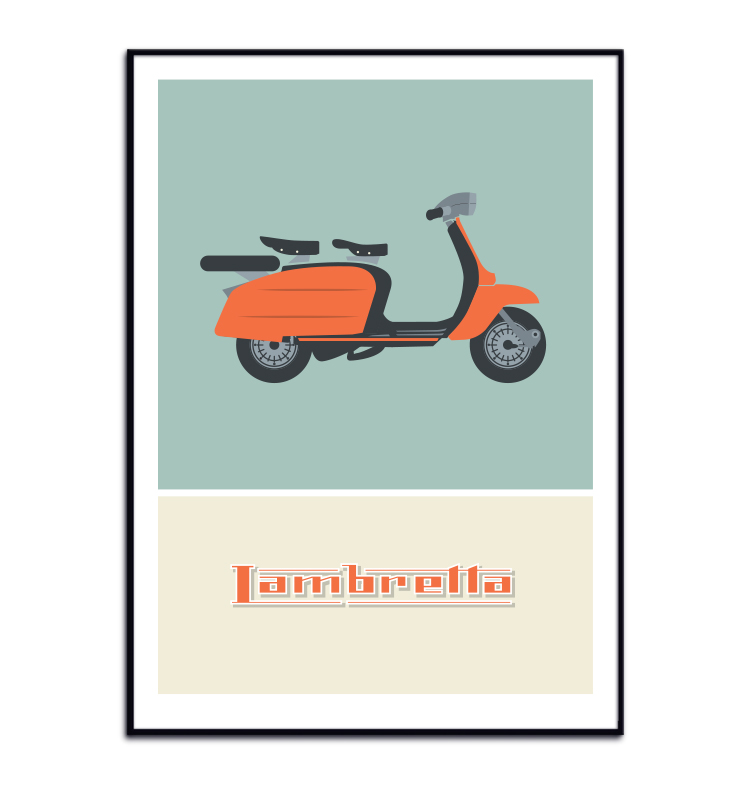 Before WWII, Ferdinando Innocenti owned a steel-tubing factory in Rome. After the war he didn’t. Standing in the rubble, wondering what to do next, watching the many American-made Cushman scooters buzzing around he thought, ‘I’ll make those’. He employed an aeronautical engineer called Corradino D’Ascanio who had been designing helicopters but wasn’t allowed to any more, and set him to task designing a simple, robust and affordable vehicle. It had to be easy to drive for both men and women, be able to carry a passenger and not get its driver’s clothes soiled. D’Ascanio hated motorcycles, so designed the motorcycle you design when you’re not designing a motorcycle. It was built on a stamped spar frame with a handlebar gear change and the engine mounted directly onto the rear wheel. The front shield kept the rider clean and dry and the pass-through leg area made it rideable for women wearing dresses or skirts. All seemed to be going well. However, D’Ascanio fell out with Innocenti who, rather than a stamped spar frame wanted to produce his frame from steel tubing (old dog, new tricks and all that). D’Ascanio stamped his foot and, slamming the door behind him, took his ideas to Enrico Piaggio who said ‘Si, molto bene!’ and started producing the spar-framed Vespa in 1946. Through the 1950s, Lambretta thrived, but by the end of the 60s, the humble scooter gave way to small, affordable cars. Innocenti was struggling and sold out to the British Leyland Motor Corporation. Yup, BLMC, and there’s no prize for guessing what happened next. So they don’t make ’em any more, but here’s your chance to own one, any colour you want so long as it’s orange.