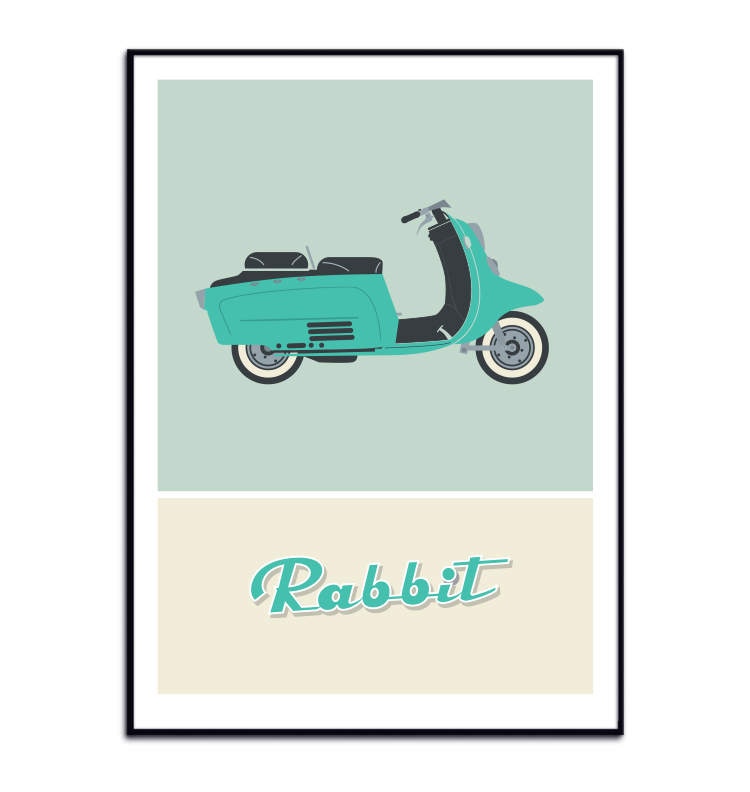 The first Fuji Rabbit appeared in 1946, six month before the world had heard of a Vespa or Lambretta. They were built by Fuji Heavy Industries (which feels like using a sledgehammer to crack a nut) from 1946 to 1968. Like the Italians, the Japanese were inspired by the scooters the American servicemen were cruising around on and saw the scooter as an answer to their post-war transportation woes. Fuji were an enterprising bunch, introducing electric starters, automatic transmissions and pneumatic suspension systems. The Rabbit scooters were even rumoured to crack 100kph. Possibly not something one would choose to do, but nice to know you could, I guess. Rabbit faced competition from Mitsubishi with their Silver Pigeon and Honda with Juno, but it was the growing economy of Japan that finally shot the last Rabbit dead. The demand for scooters decreased in favour of more comfortable four wheel vehicles and Fuji followed suit, launching the Subaru 360 in 1958. The last Fuji scooter rolled off the production line in June 1968. So if you fancy a wee Rabbit of your own, this one doesn’t poo or dig up the lawn.